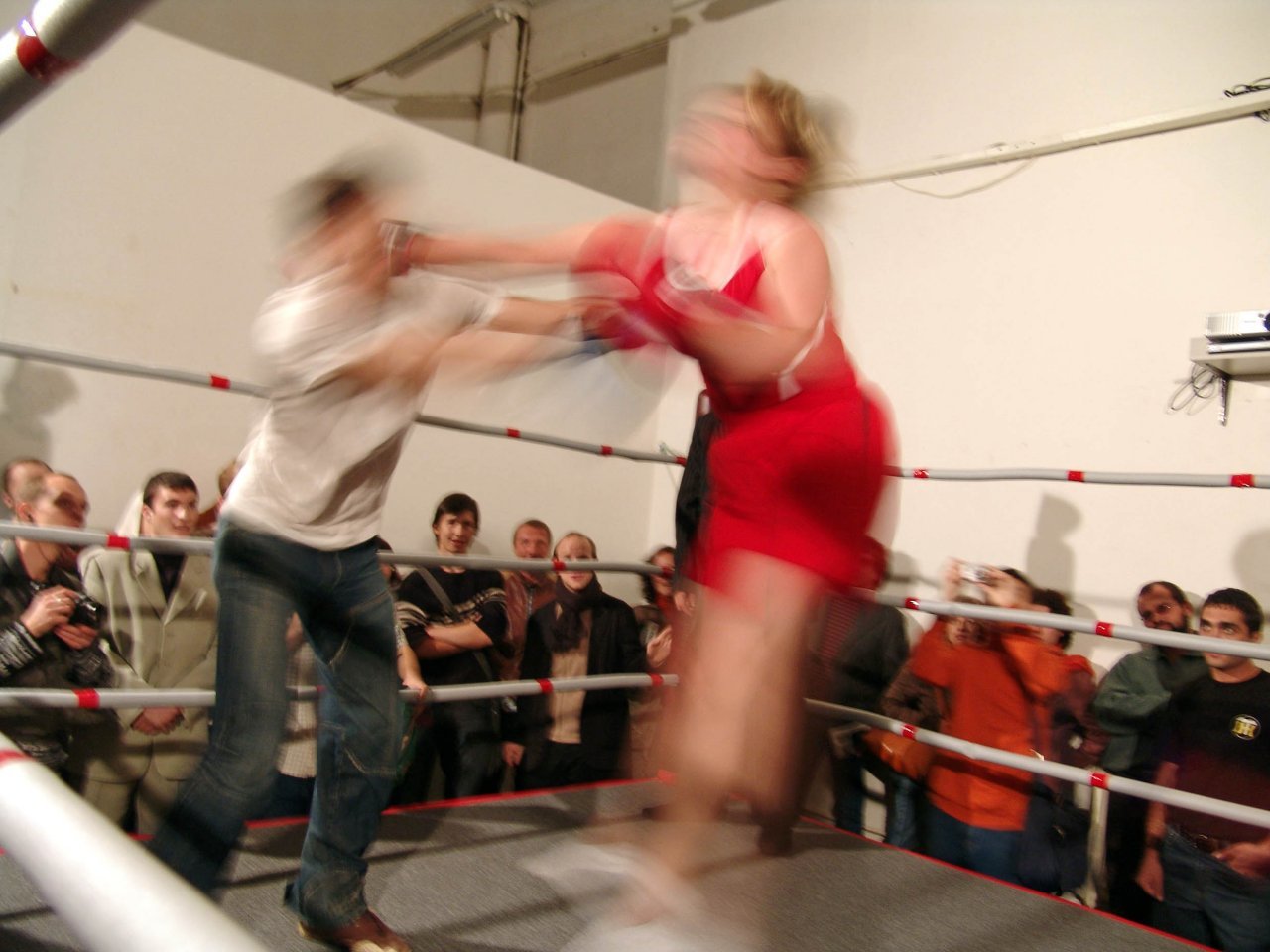 Performance at the opening

Red dress, red stockings, red stool in the middle, Kovylina standing on it. Only the shoes were black (now, six years later, I’d call them “shiny”). I don’t remember the color of noose on her neck. Small plate on her chest with a invitation to knock the stool out of her (performance Do it yourself, Moscow 2000).

Another red dress recently (Fresco as a document, Switzerland and Venice)

The red boat in which she drifted beyond horizon (performance Save my soul, Sochi, Russia, 2000)

The red light street, where Kovylina was seeking for a client, then brought him to motel room where announced that she’s an artist and he’s just a piece of art (Moral inspection, Salzburg)

Coca-cola which Kovylina sipped after every next shot of vodka and next dancing partner (Waltz performance in Berlin, the artist was taken to hospital with alcohol intoxication)

The artist’s color palette is rather simple. Yet effective. The red color attracts. Here I must say about her red bra under translucent blouse. She just finished her studies in Switzerland and debuted in Moscow with her video Into the future: forced herself – in underwear only - into a fictitious gallery door, fervent to get into the future.

Today anyone could try, err, contact her. There were too many pedestals before – all these pianos, tables, seas and labels “I’m an artist!”, you know it’s almost time to analyze that. Kovylina is defending the territory she draws like a female animal. Defends and challenges straight away. I tell’ya these paradoxes of her self-identity is something! All these feminine contradictions-opposites-hypostases: mentor and bad girl, temptress and madonna, or a very classical virago like now. No matter how you’ll try to translate it – feminine or gender or feminist – it’s definitely female now.

Now it’s serious, no shit. We should expect something like that from her in response – an asymmetric hit. You just simply asked “Who’re you?” - say it in a macho-male-dude voice like “whothefucka’ya?” Just asked the lady and got a toother… 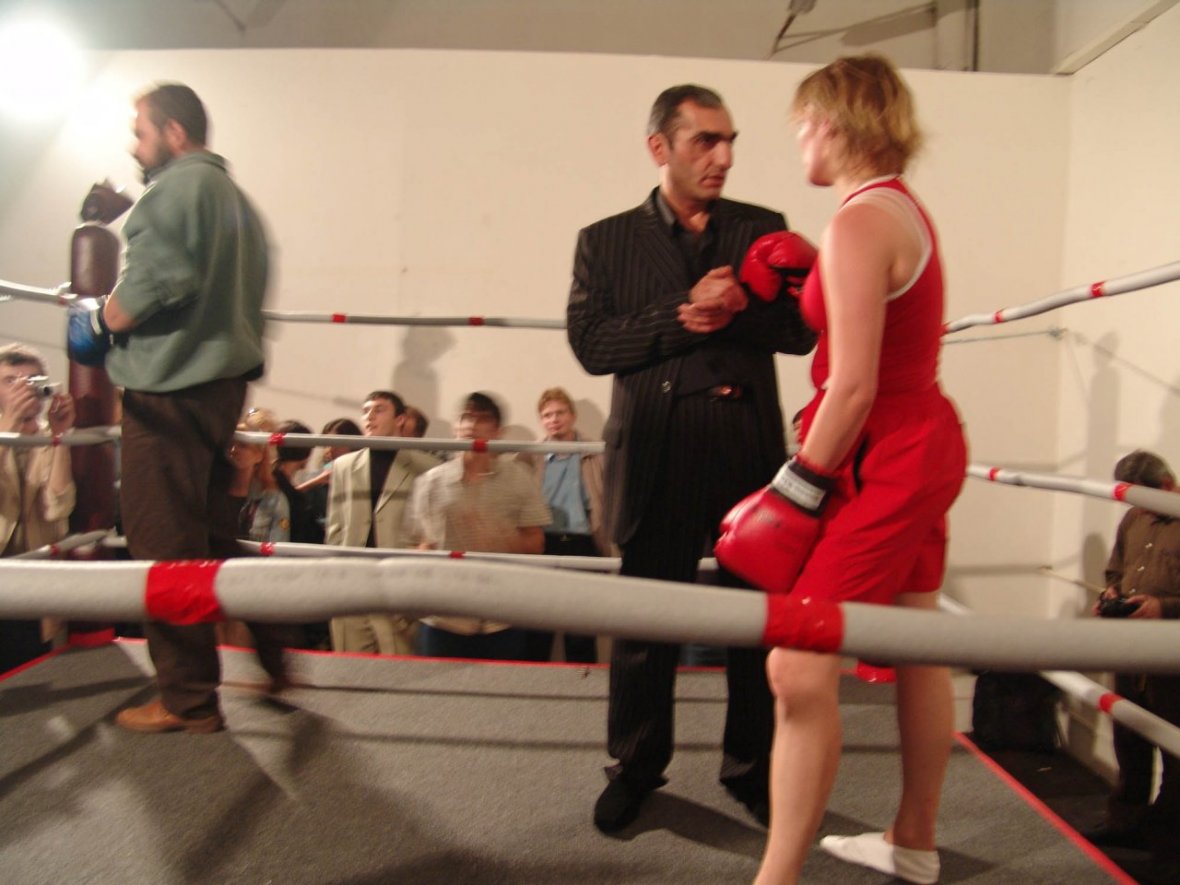