I have a dream 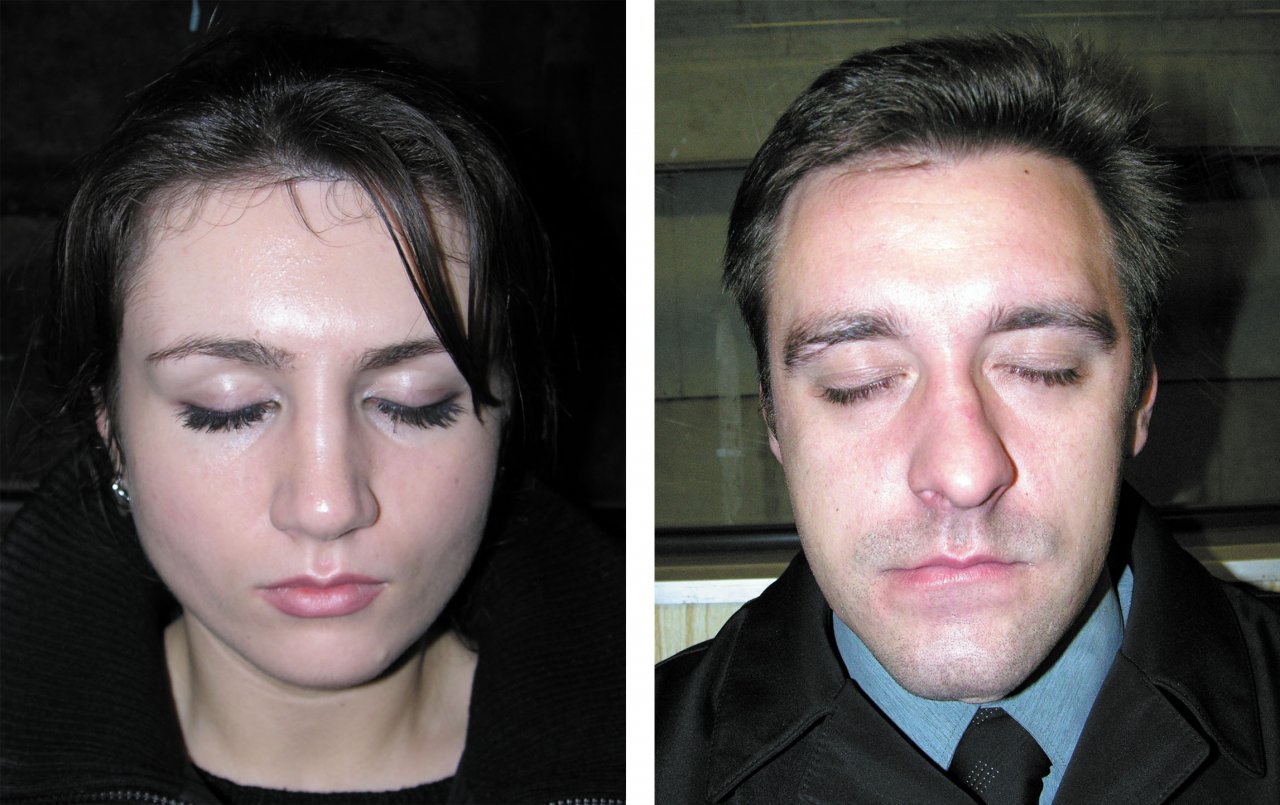 Problems at work? Family crisis? Sexual frustration? No good news? Sick of watching telly? Too nervous? Too much harassment? Too much delusion? Here they are, right here. The sleepers. Every day in metro, early morning, late night, to the office, back home. Most of them don't even understand what happened - a short flash and they dive back into kaleidoscope of dirty ragged visions, which they won't remember next minute. One click, and there's another pic in collection. Men, women, workers, military, girls - a classic full face portrait. A dream is the only way to escape unfriendly company of ones alike. A dream is a simple and reliable remedy to achieve privacy in metro, which place is the very negation of privacy. To achieve salvation you just need to be the first to occupy the crusty brown seat. Open eyes search your face, shoes, clothes - these stupid eyes are the last thing to keep you connected to hostile environment, get involved, analyze what's going on. Dream is oblivion, where time and body disappear giving up to convulsions of switched-off brain. It's just a broadcast of waste films, simply the best what happened today. The way to go deep into ones own cavers, which most of the sleepers wait for with impatient hope.
Moments, short hops between permanent everyday violence which society, government, boss, family, metro commit to every and each of the sleepers. Here's another corporate slave, chained to his office desk 8 till 6, answering senseless phone calls, chokin' in a smoking corner, clinging to his place, waiting every minute to be fired by jackass boss. There sniffs a Gastarbeiter, many months without a day off, shivering of any policemen, dreams to bring back to his unemployed homeland a roll of dirty stinky cash, earned at construction of elite housing for moneybags.
A student of second-rate college, her eyes closed, hates that aged asshole from the dean's office who stares at her knees, desperately seeking money to pay for next semester. An old woman leans on someone's shoulder, tired of everyone's contempt, rammish misery and deadly loneliness of her waste and worthless life. Every face here in metro - common, distorted, wreathed - breathes with its own absence, but we know every story by heart, ad nausea. Terminal station. Time to wake up.
Ilya Budraitskih