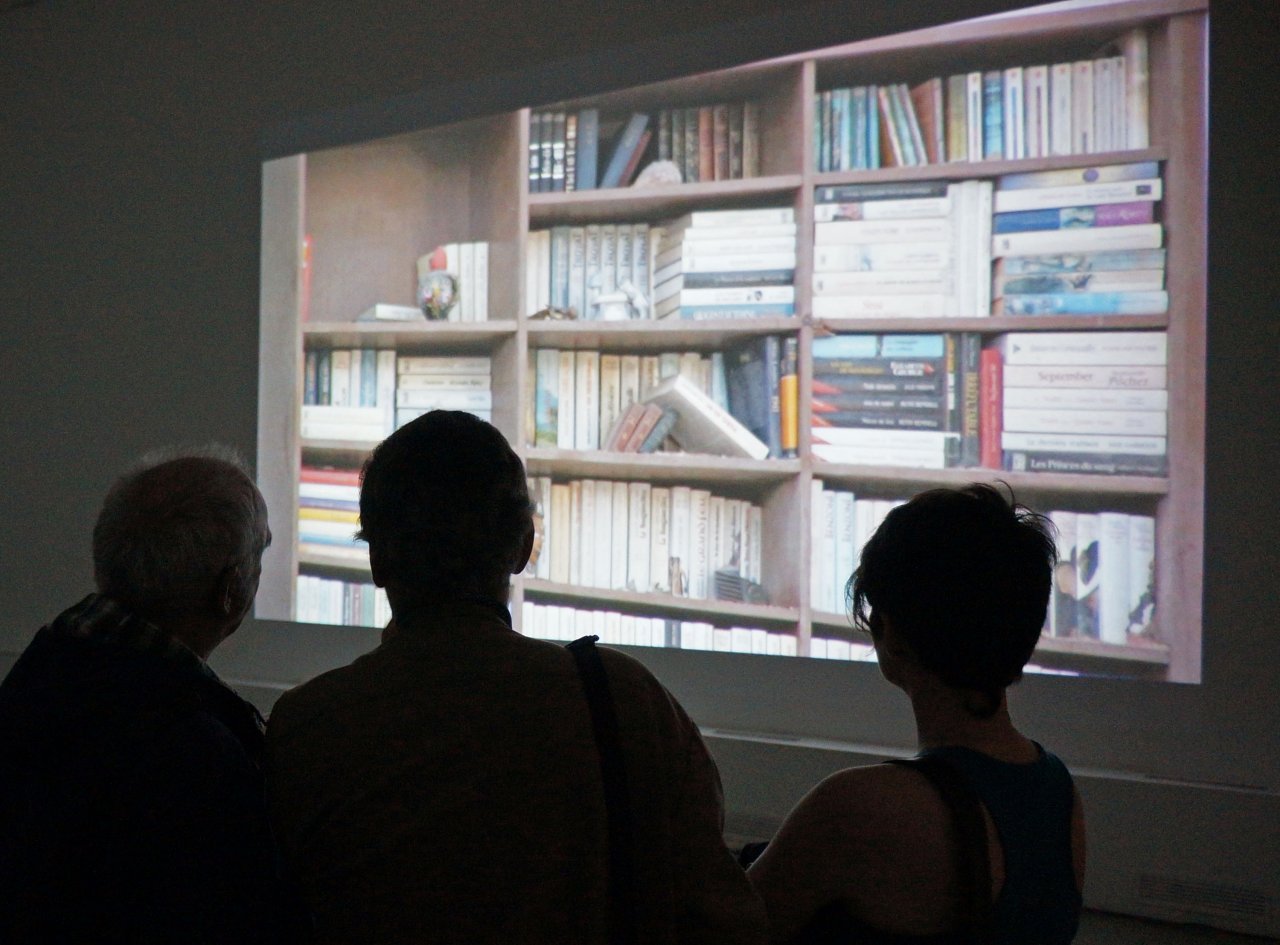 At the opening
Text by Iara Bubnova

One of the corners of the space is taken over by a large two-channel video projection. There the video camera is obsessively following the aggressive march of the bulldozer’s blade along the main lane of the flea market in Vienna at the end of the working day. The threatening machine is moving quite fast; it’s pushing and crushing the heaps of furniture, the cardboard boxes, and the piles of clothing and so on. It is forcing people to step aside though some still dare to pull out of the total mess of garbage some items that still have for them the aura of “objects of desire”. Actually, the very title of the work is derived from the repeated warning announced by the cleaners of the flea market: “Step aside! Step aside! Step aside!” It is not present in the video work but is somehow imposed as a kind of a post-modern transformation of the ancient “Sic transit…!”

Usually she is not looking to eliminate the physical distance between the image and the viewer but rather to “display a fragile balance between the motion of a film and the motionlessness of a picture, which best agrees with the nature of video installation as a medium” in the words of Boris Groys.

The viewer becomes a witness to “life as it is” in the way life would be if there was no camera to film it, according to the definition given by Dziga Vetov. The oldest work in the show “The Five-Year Plan” (1996, project in progress) displays the intentionally super simple way of composing the image. In the four identical “monitor frames” of the installation we see the escalators in the “Elektrosila” metro station of the St Petersburg subway system. They are full of people going about their daily routines of commuting and living their normal lives. The artist is filming these people with her first ever video camera that had been given to her as a present from her parents to document her young daughter. However, before concentrating on her closest person, the artist goes about observing the multitude of people she does not know at all but whom she meets by the unavoidable pressure of everyday life chance. We see them descending down or ascending up across the video frame, or as if “swimming” from left to right across the screen surface without a beginning or an end of the action ever being defined. In fact nothing much of anything is happening here, at least nothing that would merit being documented by an artist.

The point is that the “monitor frames” contain footage from exactly the same place and represent exactly the same action except each segment is filmed at intervals of 5 years. The separate segments of the installation were filmed in 1996, 2001, 2006 and 2011 and will be filmed in the future after the appropriate interval of time. As it happens in actual life the changes are barely perceptible - they are not in the “movement” or in the spectacle. They are meant to activate a more attentive perception of the film document and are recognizable in the audio stream - the announcement of the safety regulations in the metro are replaced by advertisements for the newest movies and so on.

In this work Anna Jermolaewa draws closer than ever to the visual document in its most evident type – as a witness of here and now. Freed from the narrative, without implied interpretation, with minimized to almost “zero degree” (temporary) contemporary techniques “The Five-Year Plan” is the dreamt about video album, after which the objective history will be researching our times in the future. That was in fact the dream of the great cinematographer Mikhail Kaufman, the brother of Dziga Vetov, when he defined the functions of the documentary cinema as “the art of the chronicle based on images, the creation of an image-oriented journalism”.

In the “In/Out” (2011) the camera is capturing a set of book shelves from a domestic library stuffed with reading material and sweet little souvenirs here and there. It moves in and out to reveal the fact that this cozy and intimate corner is actually a part of a semi-demolished building – stripped bare and offered to public scrutiny possibly after a dramatic cataclysm… The revealing “withdrawal” of the video-eye does not provide an answer to exactly what and where has happened while the peaceful street sound in the background is only reinforcing the contradictory perception. The suspense is not ingrained into the vision of the artist as such; it is “brought in” by the viewer along with his/her eye that has already been pre-conditioned for nightmares by the mass media. This kind of eye is searching for some hidden meaning, for something beyond the immediately visible. The relative monotony and repetition of the visual movement is underlining the dramatic remnants of reality; it is transforming them into an allegory of uncertainty and dramatics on a global scale. The viewer is not simple expected to “read” the hidden reality through the unmediated document; the viewer is enlisted to act as a responsible social and political person whose informed perception is a respected partner to “co-author” the production of meaning. 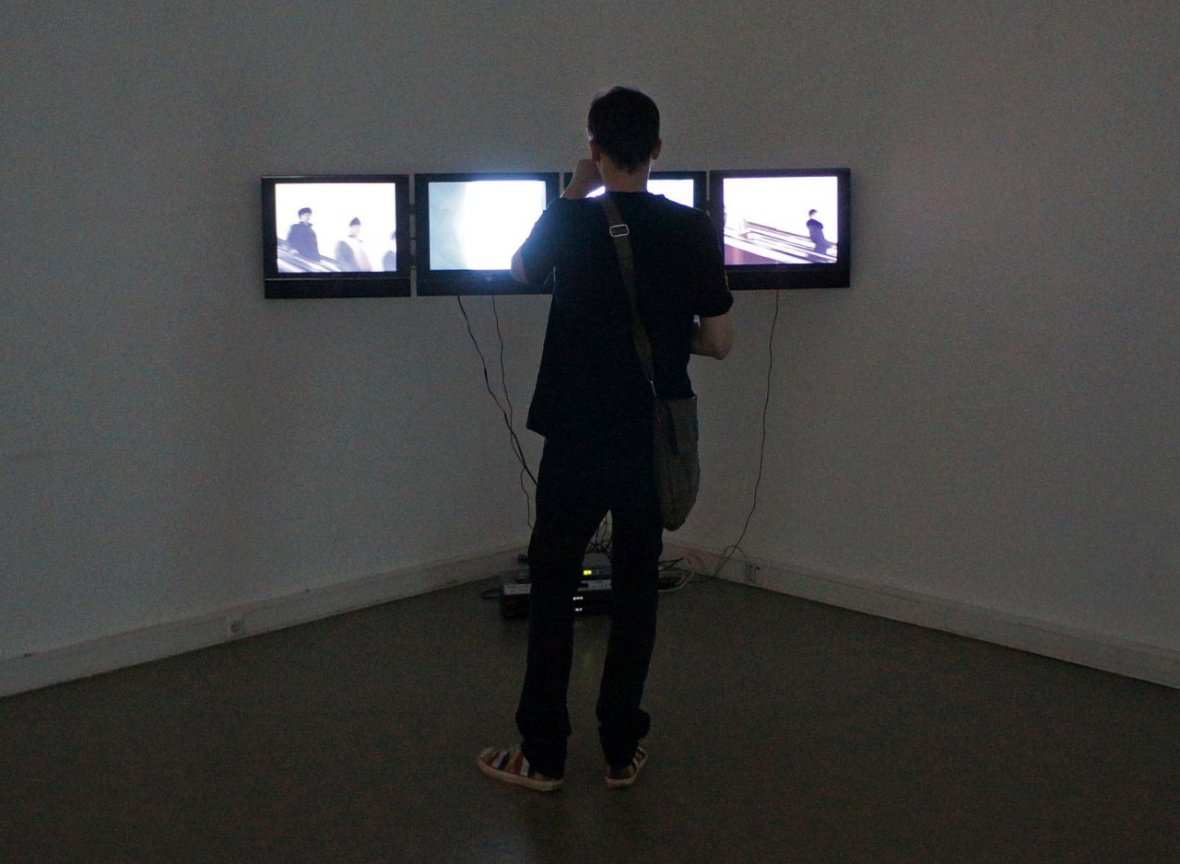 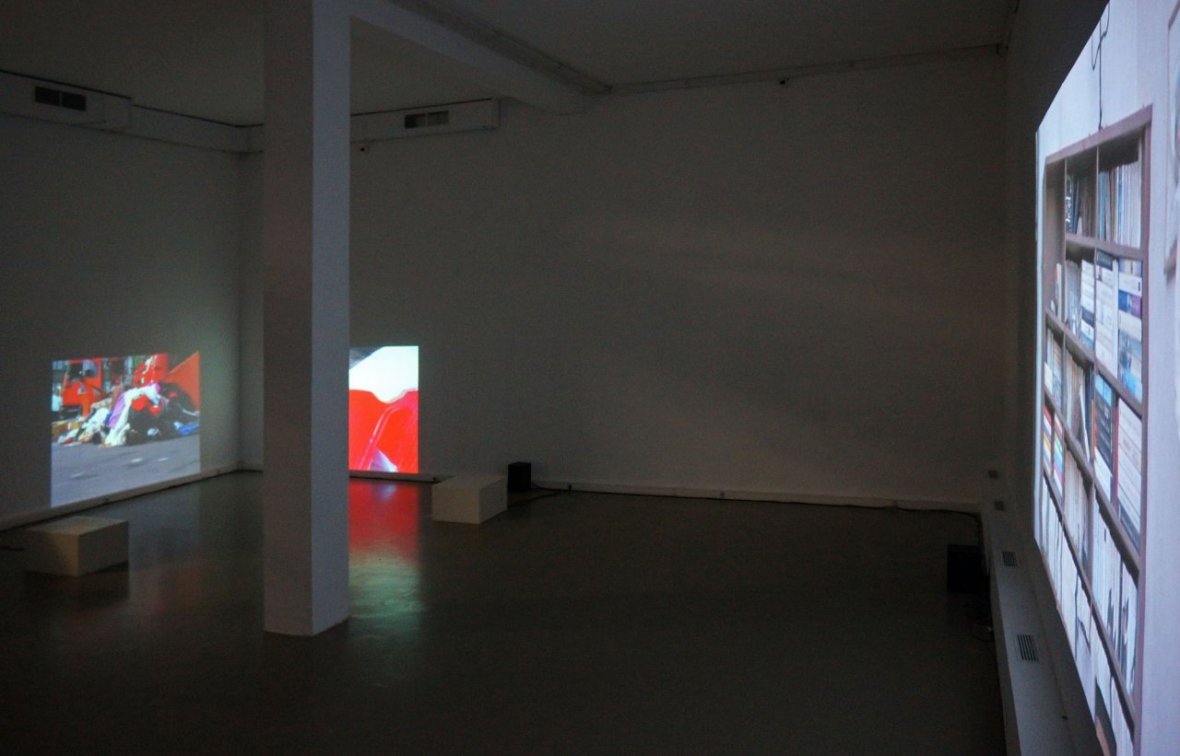