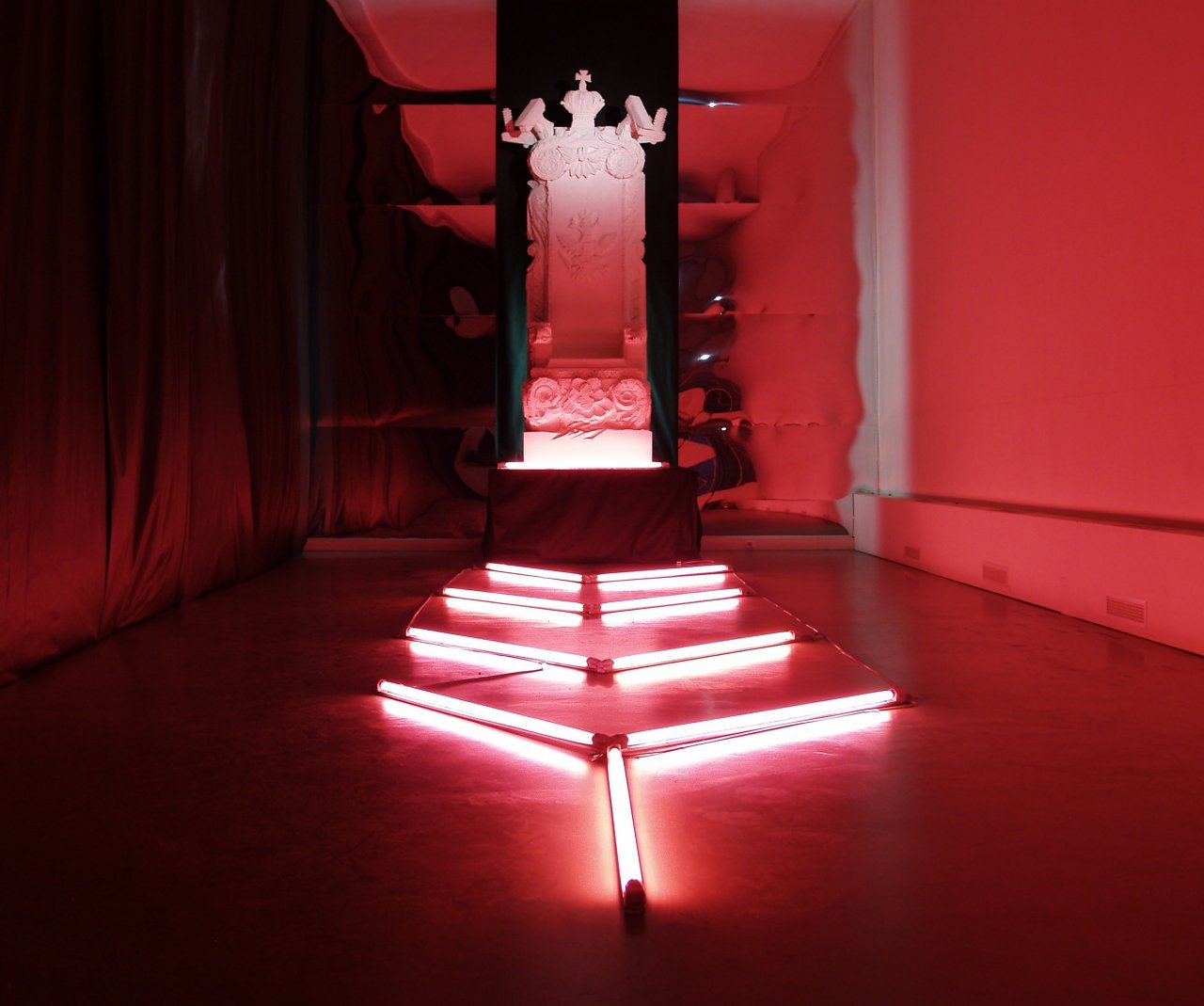 Sergei Shekhovtsov is a sculptor who makes strange things out of a strange stuff. Mattress, sponge, packaging, what else is made of foam rubber. And Shekhovtsov carves-cuts-chisels motorbikes, people, doves, robots, architecture, even whole installations out of this garbage plastic. His hands turn the foam into a classical sculpture material, making you question your own senses – what’s that pillowy but rigid, massive yet weightless.

His Tron is a big-scale installation, with foam rubber sculpture as central piece mixed with other synthetic materials, like mirrored plastic, daylight lamps and cloth curtains. The opening day of the exhibition happened at the day of Russia’s Presidential elections. The symbol of power, the Tron-throne dominates the crowd, lost in curved reflections. Unreachable, gorgeous, superhuman chair with autunumous power suply and surveillance cameras is emty, waiting for the chosen one. Red light tubes resemble the coordinate grid of the virtual reality as imagined in the classic cyberpunk movie Tron. Just to mention that many other sculptures by Shekhovtsov also got roots in the early 80ies VR aesthetics. His motorbikes look more like wireframed models from Tron game than the real objects of sleek Japanese design.

The installation itself is not straightforward political. The artist reveals his visions to us like a pythoness. Maybe there’s a ring of truth, maybe it’s just a magnificent hallucination. His vision flutters between the modern design of a tsarist throne hall and the tower of the Master Control program. The red carpet - or is it a coordinate grid – multiplies in the curvy mirrors. Viewers – are they the court waiting for the royal appearance, or users queued to the mainframe terminal, or programs locked in the matrix? 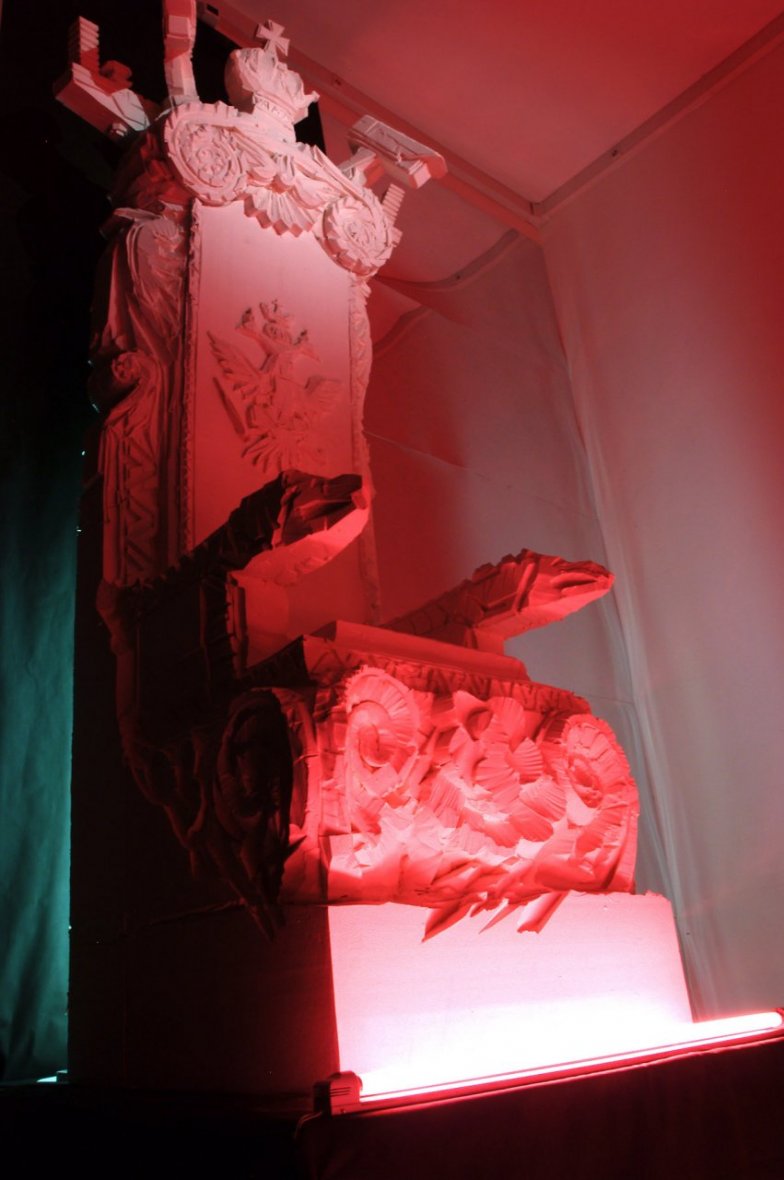 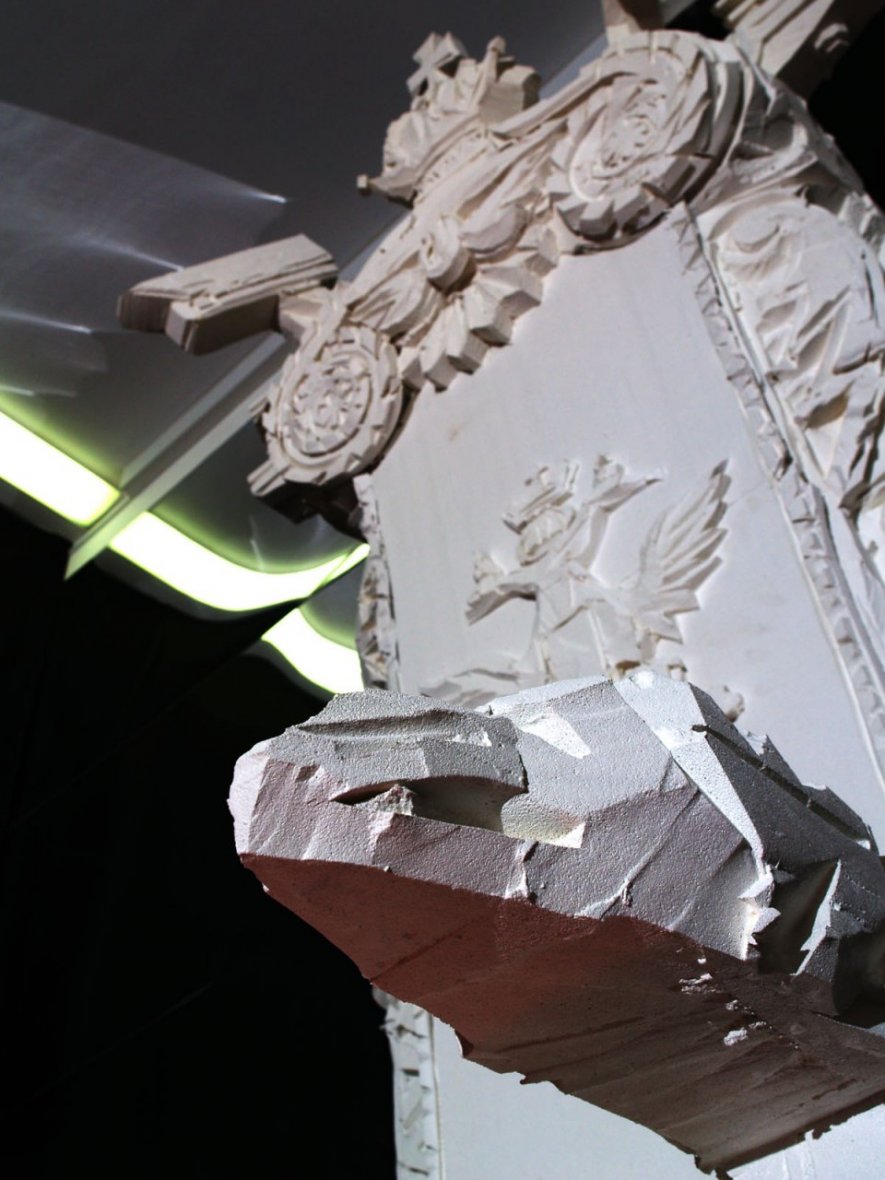