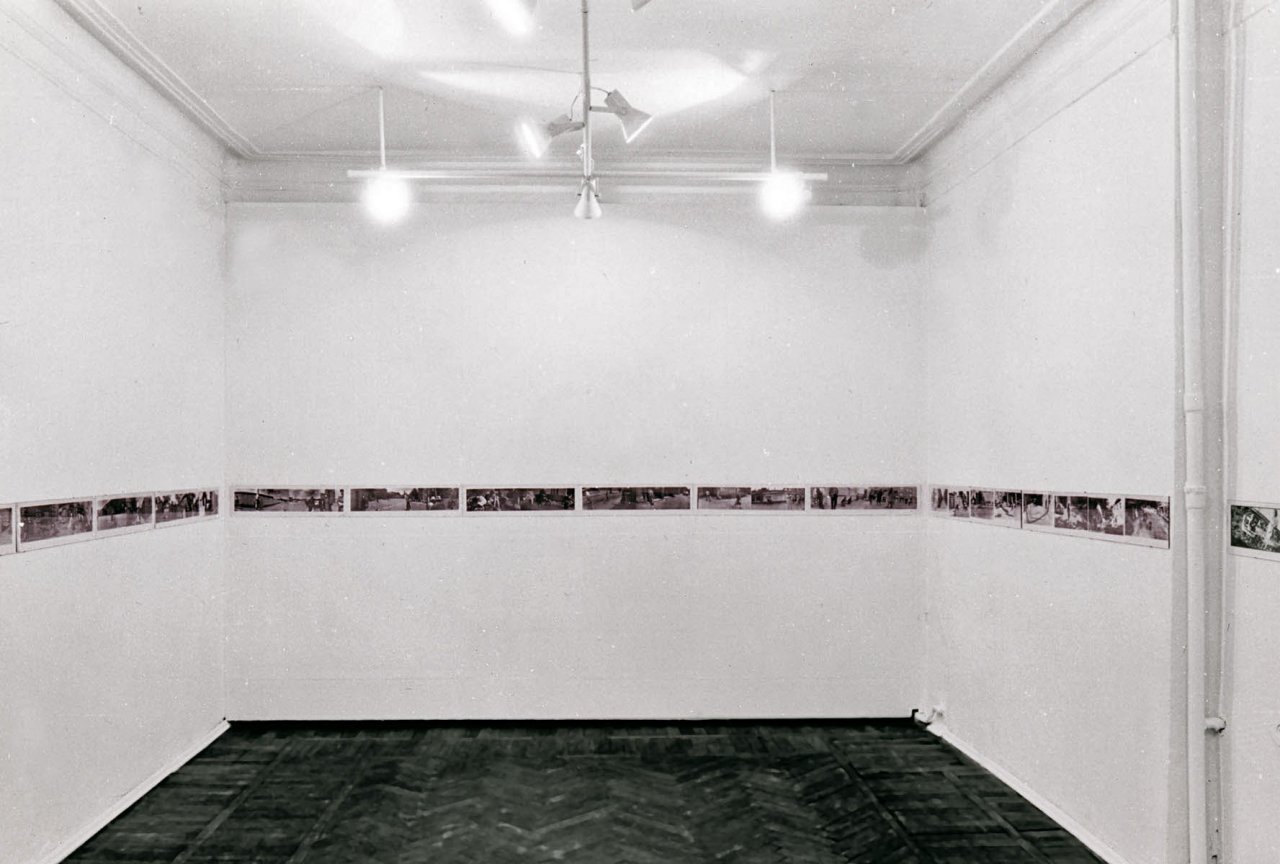 Artist's statement:
I have made two series, the brown «By the Ground», and then the blue «Twilight». Horizontal series as a method of parallel historical associations. These two colours for me mean Russia’s fail down there, back... where it has been before. There’s something distant in them, something of the revolutionary period, and of the 1941-45 war. Blue and light blue horizons — up to the state of war, that has been experienced as it is relived now. Blue is for murder, as night, darkness and cold, that is war. Contemporary Leningrad artists use very many blue hues, they relive their blockade, so dreams and reminiscences are coloured the same way. The first, brown series of 1991 is nostalgic. May be I’ll try to make the pink one, but still don’t know how would it result.
***
My horizontal series are historic panorama of how life can be presented. I live in fear. And when I made these works, I have experienced fear, and the strongest experience of this fear is like peak. Earlier I’ve made photos in the other way. Now I have my right to photo bad. Formerly «bad» was like a snatched chance, which was understood as something anti-Soviet, now there’s too many of bad, that’s a tendency. And it’s apolitical thing.

A man dies together with nature, buildings, and streets. And I’ve got the feeling of natural catastrophe.

Is it a reportage? Well, not exactly. It’s rather a reportage of associative character, and associative reportage. In the real reportage it’s always clear when and where is it done, or photographed, but here’s an associative relation to the time. And, then, reportage couldn’t be panoramic. Here we have a talk of life in general. I’ve made photos without taking camera off, my eyes down. At child’s eye level — the lower point of view.

July 1993 (from the conversation with Boris Mikhailov, record by Tatjana Salzirn)