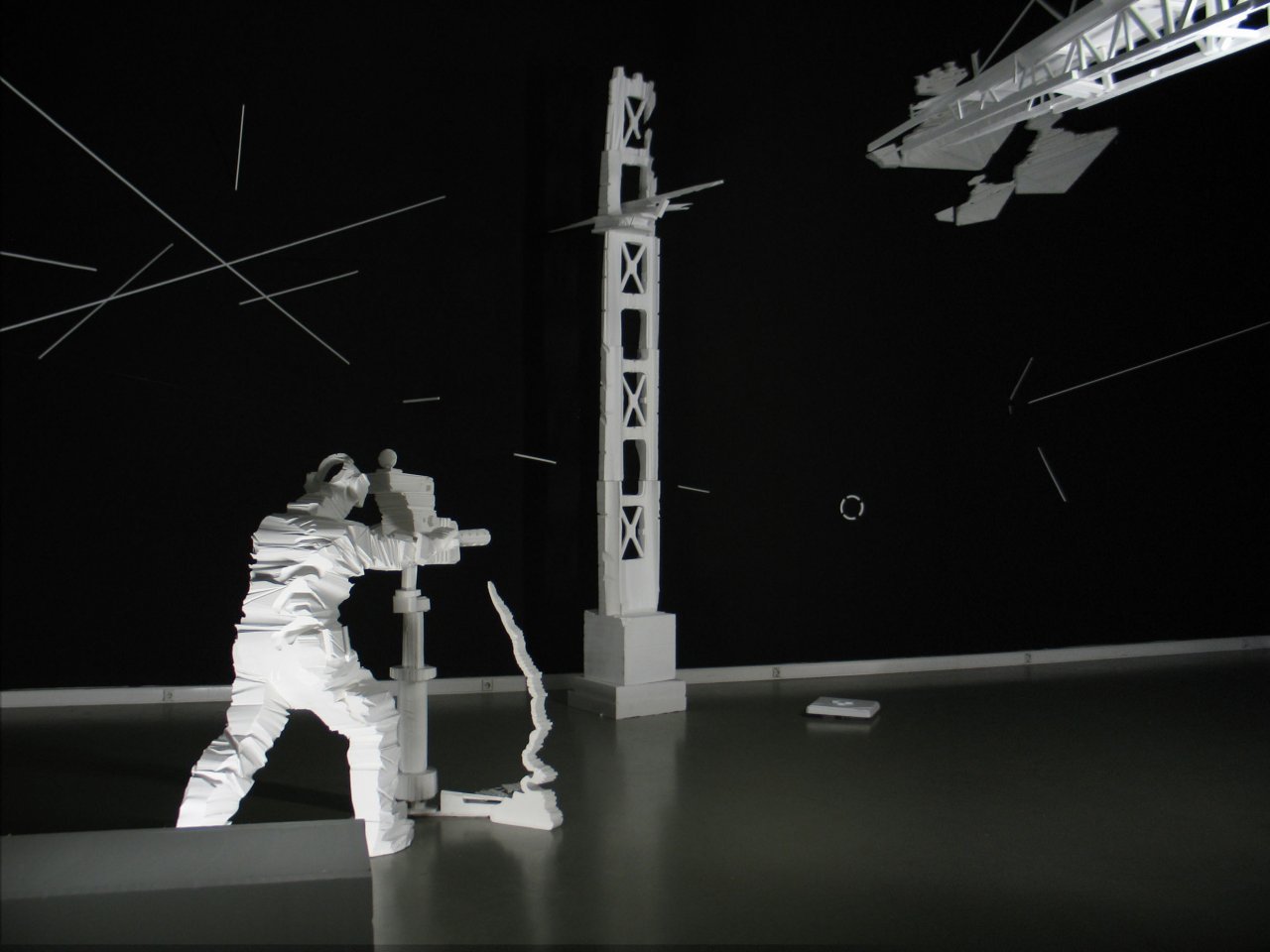 Sculptor Sergei Shekhovtsov is among the most demanded contemporary artists. His works could be seen at almost all the festivals, art fairs and biennale you might remember, including the Russia pavilion at the last Venice biennale. His ironic objects made of foam core are easily recognized by regular public and professionals. I believe that is due to the delicate balance of almost childish infantilism and cynical kitsch, and how the artist keeps that balance. Not to mention his beloved material - foam core - that is so up to date with our “decorative” times. A crazy motorbiker breaking through the wall, a jet fighter frozen in flight, a tank caught up in attack - all these “arrows rest in motion”, which the artist had stopped and conserved in the dramatic moments of tension and speed - they still remain plush toys, no matter how much they might be pissed off being powerless to change, hit or destroy anything.
However, the new installation at XL Gallery urged another material, and Shekhovtsov has chosen styrofoam for its solidity, austere whiteness and antique look. That’s because the artist had to go out there into the open wild of the seemingly lifeless but indeed well organized and ferocious Universe. Right into the deep space, that scorches all decorations with blasters and all sort of particle beams, just wipes all our excuses into the dustbins of the black holes, jumping on the viewer’s shoulder like a dead albatross. Or like a cow, shot down in the battlefield where the Universe of Chaos fights the Universe of Order.
That’s it. It’s time to tell the truth about how everything is arranged. As other visionary inhabitants of the universe of Chaos who happen to get insights from the parallel Universe of Order (like game programmers, script doctors, artists and even one art critic), sculptor Shekhovtsov knows the truth about our unhappy fate. He knows that neither the biggest Imperial cruiser, nor a Dead Moon, not even an Andromeda Ascendant, nothing could break through the space-time gap between their universe - the universe of Austral-B Heretics and the League of 20,000 Planets under His Divine Shadow, the universe of the Trade Federation and the Galactic Empire, the universe of Magog, Nietzschean, Goa’uld, Asgard and devil knows who else - and our lousy provincial metagalaxy. For it’s easier for a piece of styrofoam to go through a brick wall, than for us to witness the Wraith hive ship or have a last pint with researcher for The Hitchhiker's Guide to the Galaxy, named Ford Prefect.
All we could do is just keep on playing those computer FPS games and grasp the simple truth of space sagas and B (and C) movies, created by the visionaries, and wait in hope...
And let His Divine Shadow fall on us!