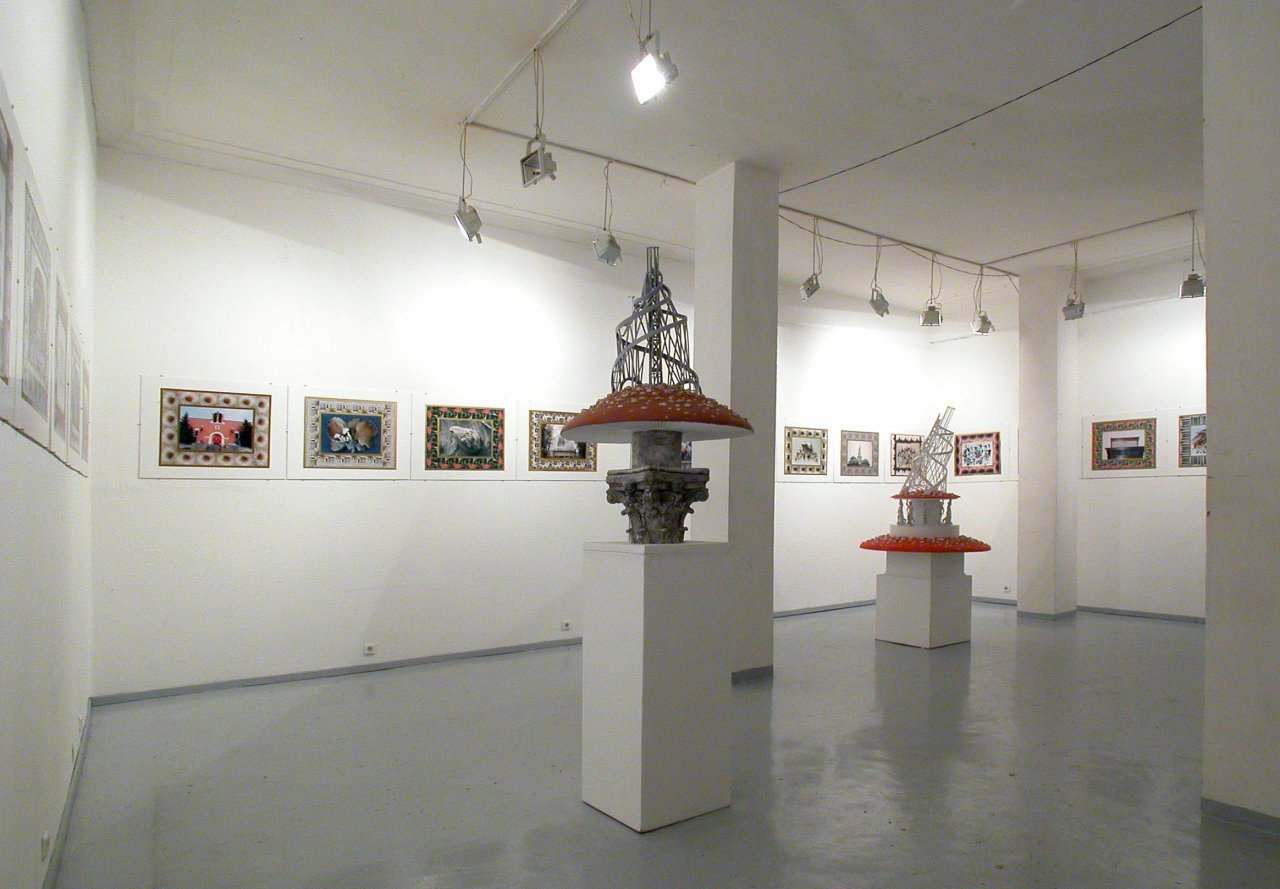 It's all in the mushrooms

At first sight (or hearing) the Pagan title refers to general Russian term for poisonoous mushrooms (poganki). Being the most informed among others, the artists …. Pagan to the the name of ancient Burmanese state – full of sacred objects and energy.

Ergo, the deeply encrypted geographical name is associated with with toadstools instead of Oriental spirituality. Makarevich and Elagina have envisioned such a psychological trick, and thus archly submitted to collective reaction, displaying the illustrated catalogue for mushroom eaters.

Their version is the following: mushrooms - as important elements of many ancient religious and magical systems – in collective consciousness are still regarded as catalysts of all sorts of revolutionary actions, in politics and arts. This seems to be true, because each post-revolutionary situation might be compared to “mushroom hallucination“, something that is far from previous “normal” life. This theory needs strong arguments, which Elagina and Makarevich seek as archaeologists or pathfinders. This time their search has reacdhed into Moscow’s architectural and cultural environment, history of avantgarde and Russian revolution.

The Burmese state and Moscow toadstools are just the preface to the theme developed in photo collages and 3-D objects. The elementary arguments found in the polyphonic city text are like the mushrooms grown from the “spores of old meanings” in the Moscow environment. Lenin’s table from memorial museum bears an elegant panel of mushroom decorum; mushroom-like cap (like iconical Lenin’s one) was found in a worker’s statue at Moscow metro station. By the way, it’s not the first attempt in Russian art to prove fungeal nature of Lenin (another one was made a decade ago by Sergei Kuryokhin and Sergei Bugaev-Africa).

Due to the prevalence of mushrooms and mushroom-like forms in the cityscape, the artists’ gesture acquires ability to heal unaware society from collective delirium. From now on the “healthy” citizen, enriched with new knowledge and guidelines, will peer thoroughly into white toadstool-like spots which remind of Malevich architectones, or stare at the newly erected apartment building at Patriarchy ponds. The giant mushroom and the model of Tatlin’s tower on top of that building look very convincing.

P. S. This year was really rich in mushroms – which adds to the relevancy of the chosen theme. 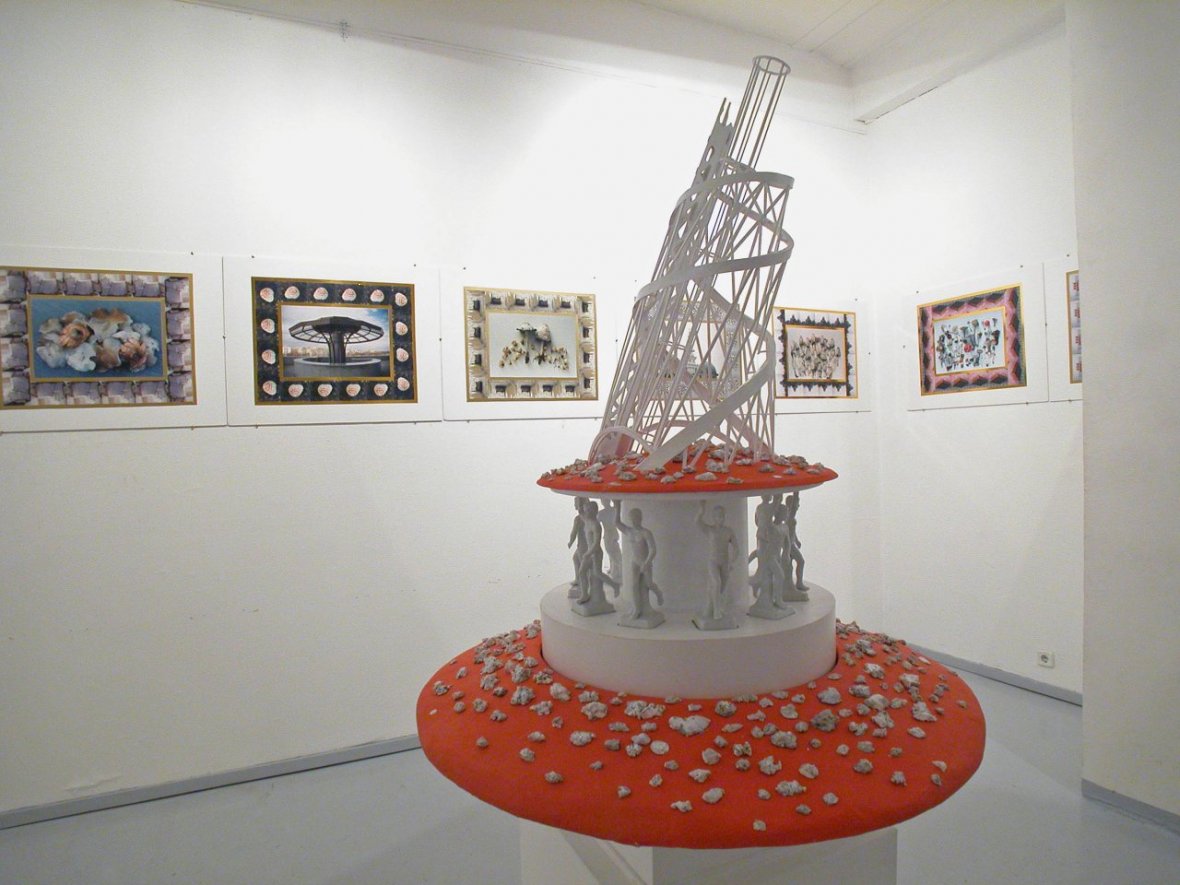