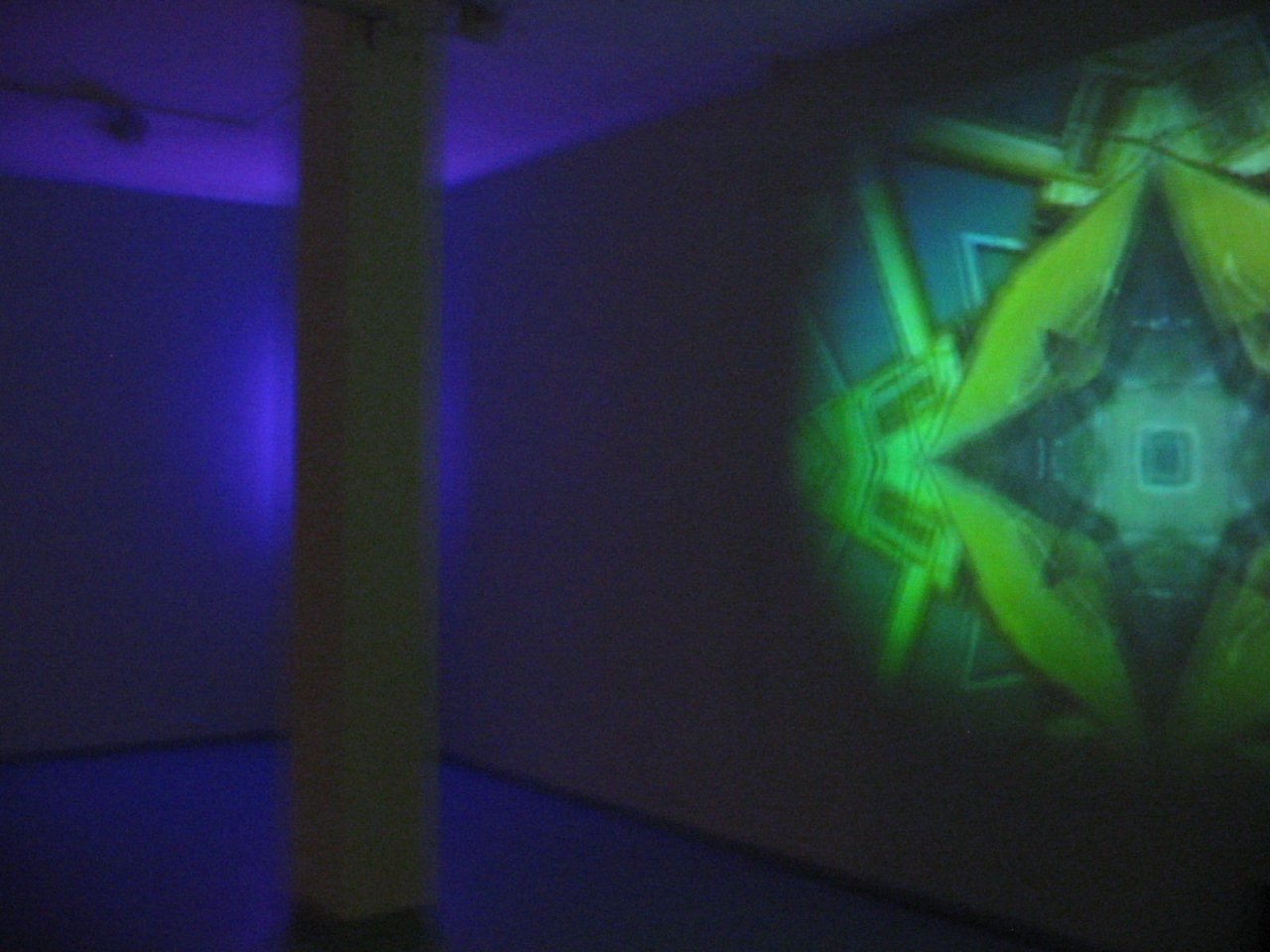 Line turns into leader, leader into bird, bird into lake. The new video by Sergei Shutov is consonant to the works of Maurits Escher. Viewer expects certain logics of objects interchange, but they change to something very surprising and illogical. Every next surprise escalates the feeling of fear, then panic and expectation of inevitable danger. In the gallery space there's a video projected onto the walls for several minutes. Public could recognize Moscow metro interiors, with vaguely seen passers by. From time to time faintly discernible Minotaurus streaks behind their backs. For the genre of unpredictable illogical reincarnations video is the best form. Underground is not the right place for human beings. When people get in there, the laws of earthen life are transformed. In the underground it's impossible to define where is sky and where is ground (ground is everywhre), where is North and South (there's no sun),  we're completely disoriented. It's not by chance that majority of people who use metro, have no notion of how their underground route would have been rendered on the ground level. The word «relocation» is derived from the change of location, primarily in space, while in the metro it is rather a motion in time. Movement in metro is like video, but the editing points are stretched to several minutes and thus visible to the public. In the Shutov's thriller the «maze» of Moscow underground pictures the unpredictable work of human brain which doesn't announce to its «passenger» will the platform be on the right or on the left. This video causes nausea and provokes paranoid fear of the next camera zoom. Any attempt to find guidelines in these desaturated pictures/frames is useless, while the sound of approaching robot eliminates hope to meet Ariadne with her saving thread that leads to light. 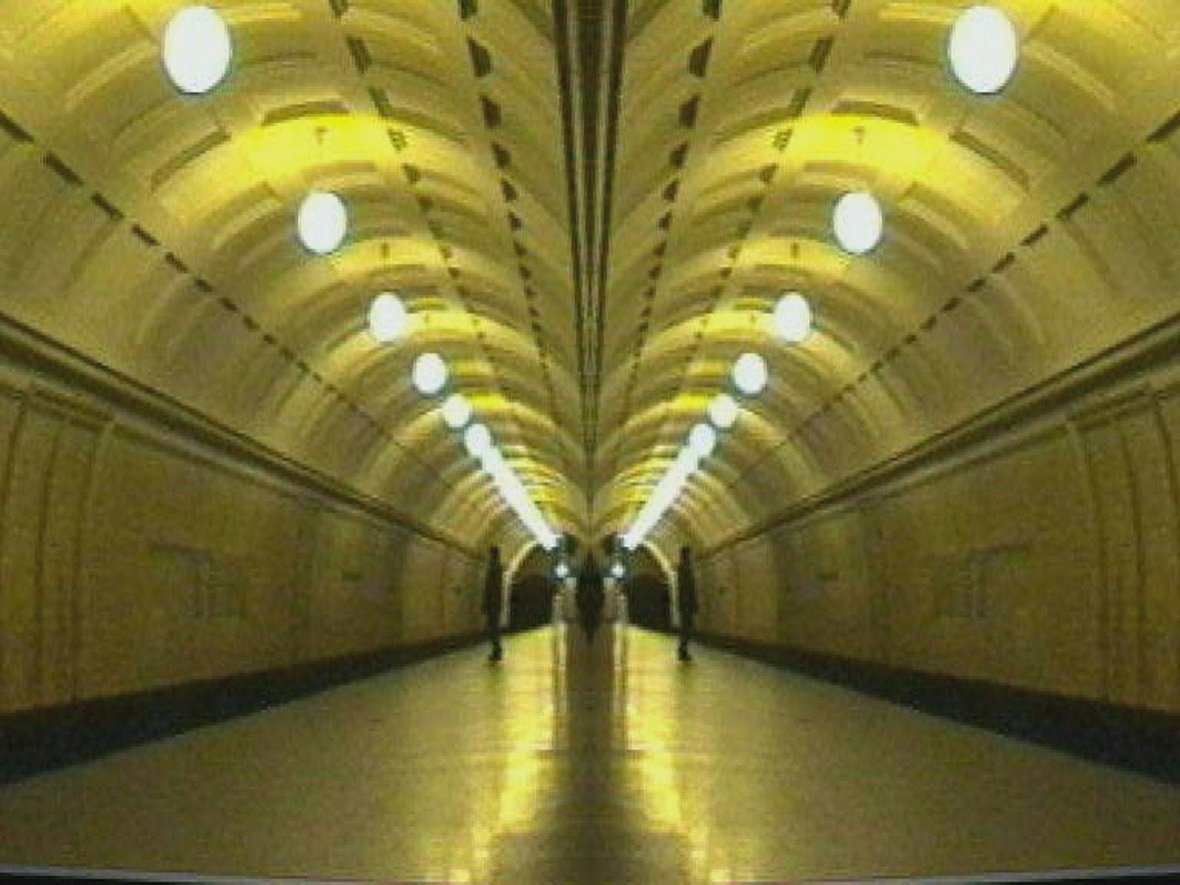 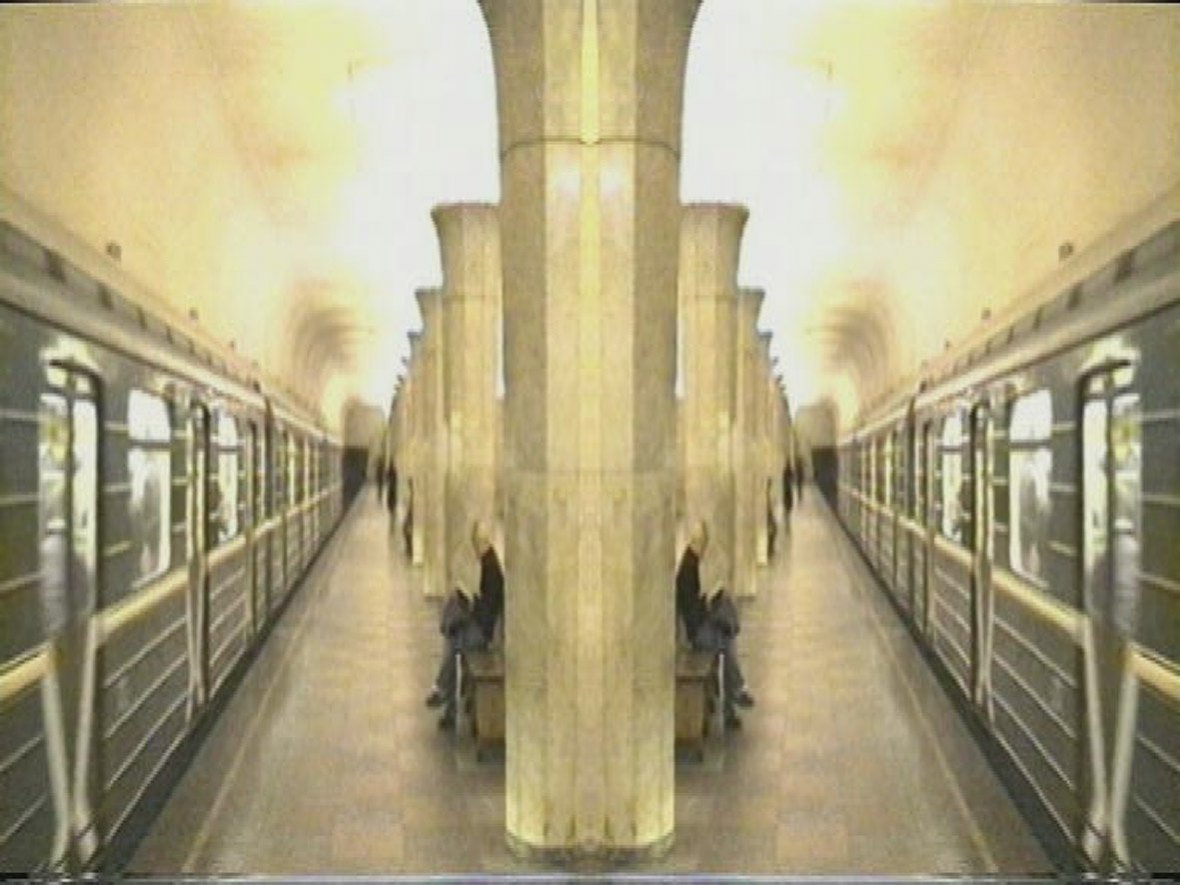