Benches: transformation for the future 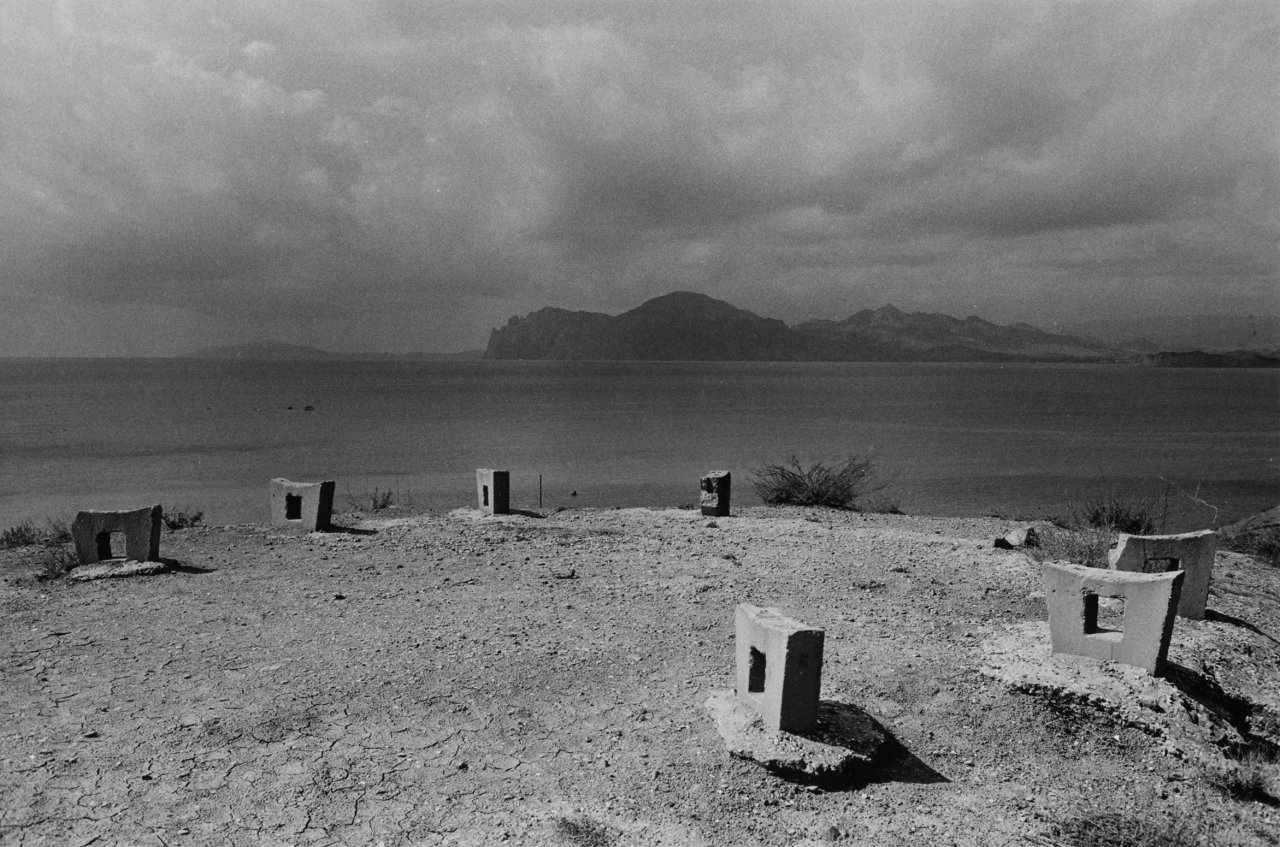 It appears that time is gone when there was a strict distinction between «artists» and «photoartists» where the latter received some kind of isolated space as though to deal with their specific strictly «photographic» matters. Only specialists and «photoartists» themselves knew what were these specific matters, so one could feel a phantasmal borderline which was feared to be crossed lest you should get into a scrape. That shiver has been involuntarily stimulated by the history of actual Moscow photography's development itself: in late 80ies the dispersed «photoartist» forces joined in a particular section of the Ermitazh union, and until the early 90ies went forward as a hypothetical group of Piganov, Shulgin, Moukhin, Leontiev, Kuprianov, Babich, Aksenov etc. Mikhailov and Sliusarev marked as hierarchs. There appeared critics initiated in a guild's secrets; Shkola gallery arranged mainly photographic expositions. So a kind of a «state within a state» was born and got stronger. Yet it appeared on the background of breaking links, languages mixed and interpenetrating artistic practices. The «artists», like Serebriakova, Chernyshova, Zhuravlev, Fishkin and others, started to actively involve photography in their installations, while «photoartists», like Shulgin, use photography not as mush as an end in itself but as one of artistic shifts. Practically in every Moscow's leading gallery projects by «photoartists» are being shown aside with the exhibits by «artists», and it's rather difficult to mark that phantasmal border which was so frightening to step beyond... Well, it should be somewhere around, its indistinct contours fluctuate dimly, but who cares now about its inviolable purity, now, when it is so tempting just to throw away the first five letters from the compound word «photoartist».

Igor Moukhin's project «Benches: Transformation for the Future» is interesting either in the context of the previous remarks, or within the frame of the XL Gallery's stated program. This project is ambivalent, because Moukhin having not violated that phantasmal border of photo stytistics, manages to join the sphere of contemporary art's «ideas» rather naturally, without arousing either wise reasoning about certain specific of contemporary photography, or feminine appeals «to return to the Artist» etc. It is ambivalent, because in this hypothetical sphere it is gently balancing between reality and metaphor, between irony and tragedy, between discourse and image. As a mater of fact, the tremendous «Monuments: Transformation for the Future» project of the Institute of Contemporary Art, inspired by Komar and Melamid, shown last year, has solicitly developed «progressive» ideas of the plan for monumental propaganda upside down. The artists have enthusiastically transformed monuments but practically didn't look around at the surrounding socio-cultural landscape. By the way, the very benches, sweet and brutal, touching and rough, well-maintained and neglected, carry distinct traces of history on their bodies. Moukhin's project, if could be compared to its predecessor, is both more keen and more grand, as time transforms the benches, ornates or distorts «faces» of Moukhin's personages even without complementary means. The exhibition's space gently incorporates playing fervor of the ^monument's project*, as the benches could be involved in a transformational topsy-turvy game; and addresses to nostalgic and romantic emotion of the «Dark Alleys» (Koshliakov & Dubossarsky exhibit in Yakut Gallery, 1994). One may prepare «The Benches of the World» encyclopedia. One may carefully protect and renovate their old «bones» (action by A.Sigutin, 1993). One, at last, may with a necrophiliac sweet lust fixate the gradual decay of the socio-cultural landscape «personages». Or you may simply pass by.