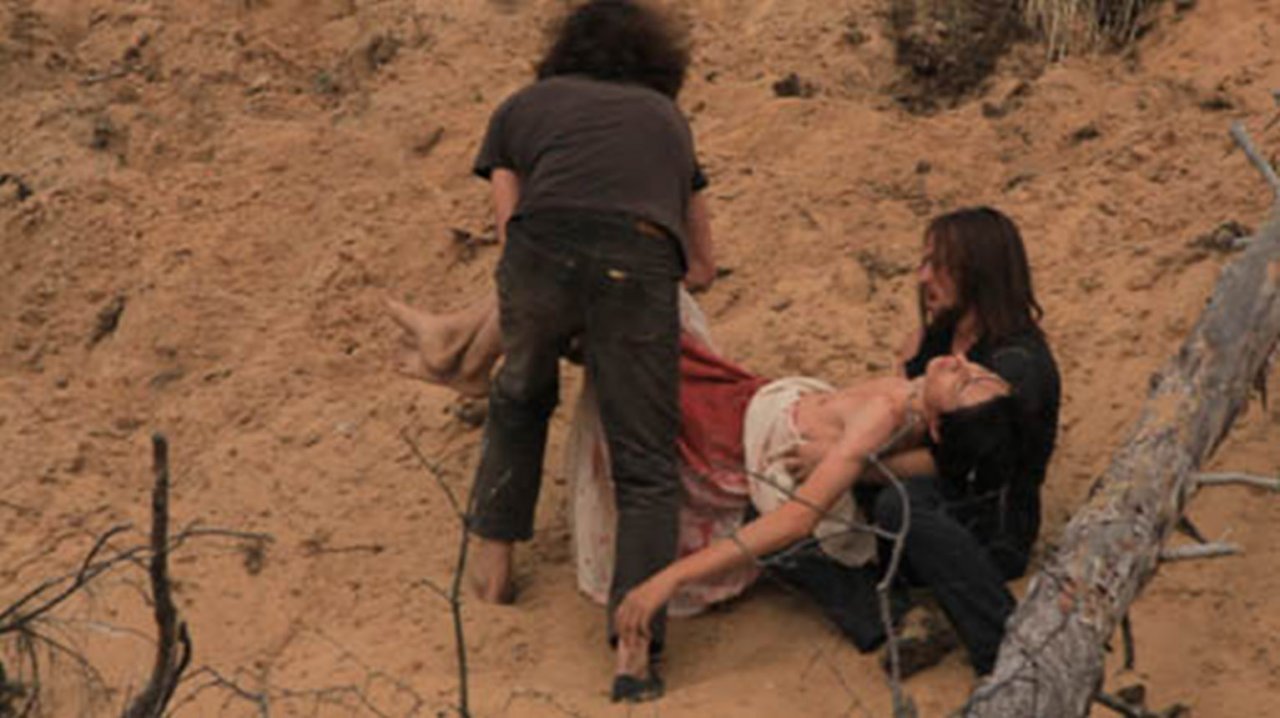 Still from video
About exhibition

The film director’s message addresses the modern world’s vital problem of loss of consideration for an individual man, who is an object requiring global-scale compassion and contemplation. The scenes that were made in a pseudo-documentary manner of the rebellious 1970’s remind of medieval Pietà exalting self-sacrificingness, pain, suffering and religious ecstasy. Richard ‘Hell’ Meyers, one of the representatives of the rock culture of the 70’s, came up with a term of ‘blank generation’ (the term may evidently be interpreted as a ‘lost generation’) to describe himself and his friends and thus advanced a philosophy of people seeking self-destruction. They get involved in meaningless and deadly situations to find a justification for living their lives. The film represents a story about wounded young men, who find themselves on an island and meet there a girl sailing the seas in a military launch, as a metaphor for an attempt to save the ‘blank/lost’ generation.